The land we live on is old, and there is quite a lot of evidence of very early habitation. A farming friend has a substantial collection of flints which he has acquired by simply collecting them from his fields. The castle at Le Grand Pressigny houses an impressive museum of pre-history.  At Abilly there's an archeological dig museum, Archéolab which explains the 'how and why' of the excavations that have taken place on the site between 1981 - 91. You can visit it during the summer months. Closer to home, in fact more or less opposite us, on the other side of the Aigronne Valley lies 'Les Palets de Gargantua', a dolmen.

Dolmens are a type of single chamber megalithic tomb consisting of 3 or more upright stones which support a large flat horizontal capstone, or table. A quick check on Wikipedia tells us that most dolmen are from the early Neolithic period (4000 to 3000 BC).

The dolmen here at Charnizay is a simple one of three very large disc-like stones. The capstone was either never raised up properly or has slid down resulting in the angled top we see today. Located just along from the lieu-dit Le Champ de l'Ormeau [on old maps it's shown as Champ de L'Humiau], you'll find the dolmen in a small clearing.
Legend has it that Gargantua, as immortalised by Francois Rabelais in a series of novels of the mid 16th century; was striding round the countryside followed by his wife who held a collection of stone disks in her wedding apron. He amused himself, allegedly, by chucking them about and that's why we have three giant 'palets' [disks] in Charnizay. From here, legend has it that he threw others which resulted in the dolmen at Civray-sur-Esvres.
Little is known about our dolmen. The most widely held opinion is that it was for some reason left unfinished. A very helpful information panel has been put up at the entrance to the clearing where the dolmen is located to help explain things to visitors. There's also a couple of picnic tables which visitors can use if they wish. Just be careful of the ground if you drive to the site by car -- better to leave the car in the parking lot and walk the short distance! Even after a period of dry weather we still nearly got stuck in the deceptively boggy ground recently when some friends who live right by the track drove down it it give us a quick look at the site.

It's been busy in Charnizay of late. Activity concerning the local elections has heated up recently what with the 1st round election date - 23rd March - rapidly approaching.

Although Charnizay counts only just over 500 inhabitants the Conseil Municipale elections are a topic of discussion amongst the great and the good as this time round, for the 1st time ever as far as we understand it, there are 2 lists; one preponderantly made up of outgoing councillors, the other with more 'new' faces. It has sent something of a ripple round the community. In the past the conseil has been voted in on the nod. The current maire, who is retiring, was voted onto the conseil in the 1970's and has been maire since 1986.
The local election of one's councillors is an interesting affair. In a village of our size fifteen councillors are elected. Villages who number fewer inhabitants elect a smaller council and of course towns and cities many more. Once the elections are over a maire and [usually] two adjoints [deputies] are selected from the 15 voted in. Normally the 'list leader' becomes the maire. Members of the conseil municipal serve for 6 years.

What we have found fascinating is the fact that one can, if one votes, vote for a mixture of individuals from either list. This is valid for villages of the category [500 - 1,000 inhabitants] that Charnizay falls into.

So, in Charnizay's case where there are two lists, a voter may:
A voter may not:
What this means in effect is that there are a whole range of permutations. Obviously a 'list leader' and his/her 14 fellow candidates hope that at voter will vote for the complete package. However, it is perfectly possible for a voter to "mix and match" from both lists creating a combination they prefer. If a voter reverts to the old system that was in place the last time these elections where held and adds a name which is not on either list then the ballot is nul and void.

We are following all these events rather closely as Antoinette is on one of the lists. We shall see what happens come polling day....

Last weekend our village held its annual fête. There were brocante stalls aplenty, a small merry-go-round for the little 'uns and dodge 'em cars for the older kids. The theme was circus and many of the facades in the centre of the village had been decorated with clown faces and other circus related items. The children's parade featured all sorts of circus animals such as lions, ostriches, and a very cute baby elephant [aged about 5] who kept dropping her trunk :-) !
We were lucky with the weather this year, as so often it is still cold, wet or rainy or a combination of all 3! This year the sun shone, it was warm with no hint of a chilly wind so the turnout was excellent.


As always you can click on the photos to enlarge them
Posted by Niall & Antoinette at 13:26 18 comments:

What our wild garden is 'wearing' this early spring

We've had a few days of less rain and more sun:- hurrah! The predictions are that we are in for some sunnier, milder and more spring-like weather for the next week or so.
This is great because the garden is screaming out for some attention. The grass has become so long it resembles the vegetative version of dreadlocks and there are still hazel bushes which need hacking back.
However, none of this is going to happen if the ground doesn't dry out a bit first. The ride-on mower will cut the grass, no problem, but if it is too wet the grass will clog up the system which spits it out to the side which isn't good. Slip-sliding in boggy ground with a chain saw isn't too clever an idea either, so patience is required. Hopefully we'll be able to tackle some of the remaining bushes on Sunday.
This Saturday is Charnizay's annual fête. We'll be hoping we have a day like today -- blue skies, sun and temperatures slowly creeping up towards the 15C mark. In fact, this morning we sat outside the house with a coffee for the first time this year - normally it's Poitiers on Wednesdays but there's a week's break in classes. 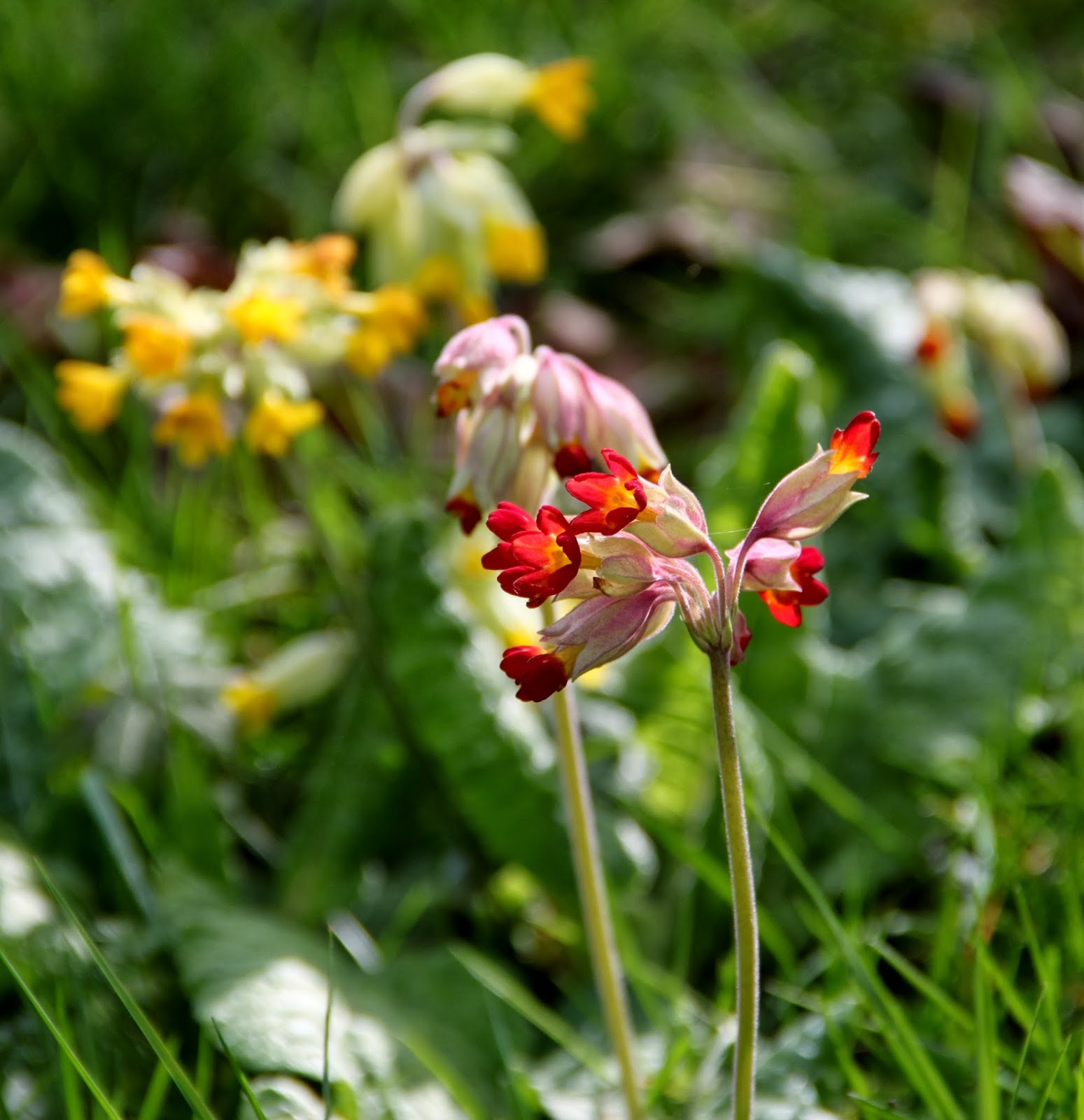 So just to prove that our weather is getting better here are some photos taken yesterday of what's in flower around the house. The new banner photo was taken this morning.