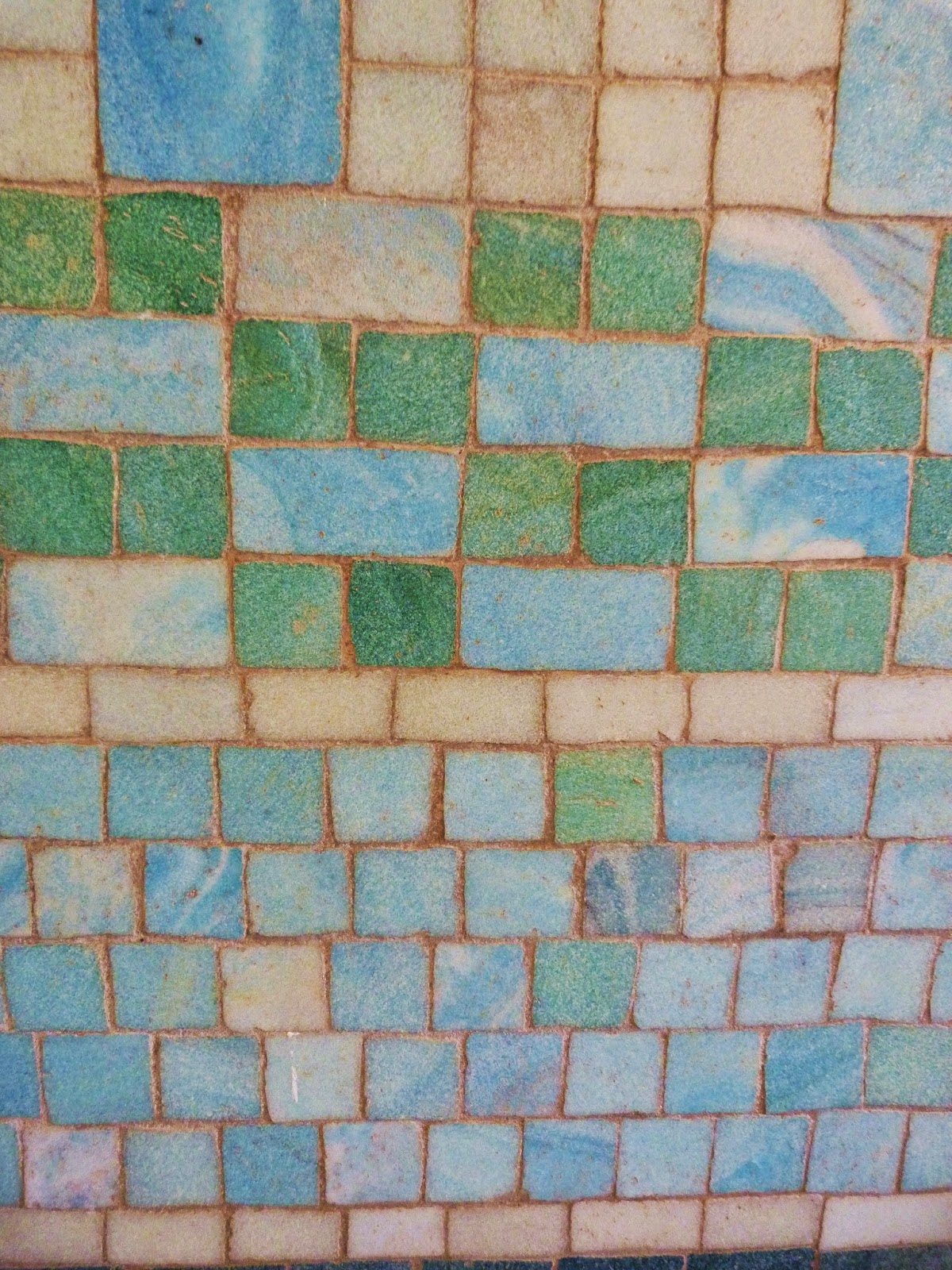 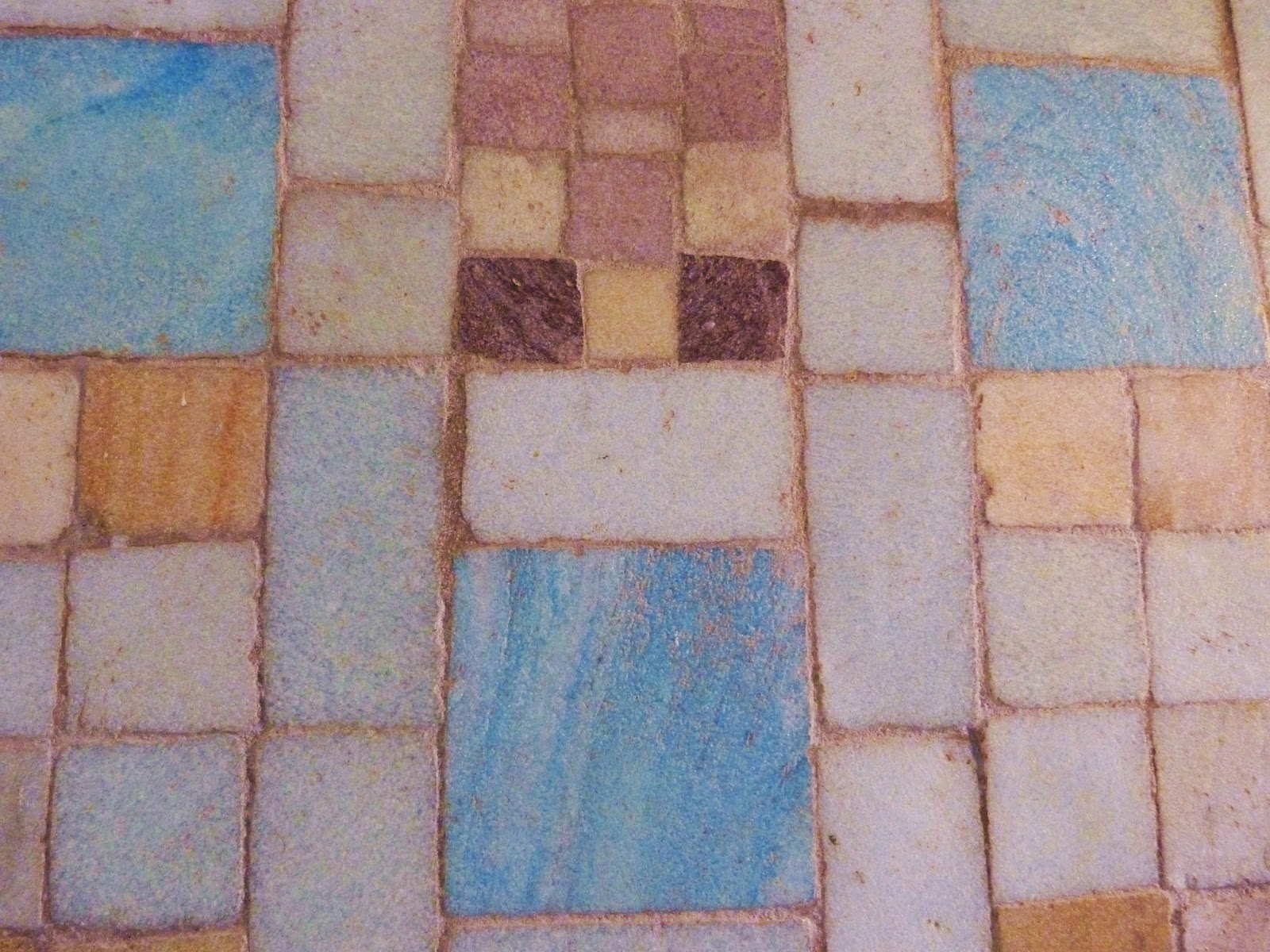 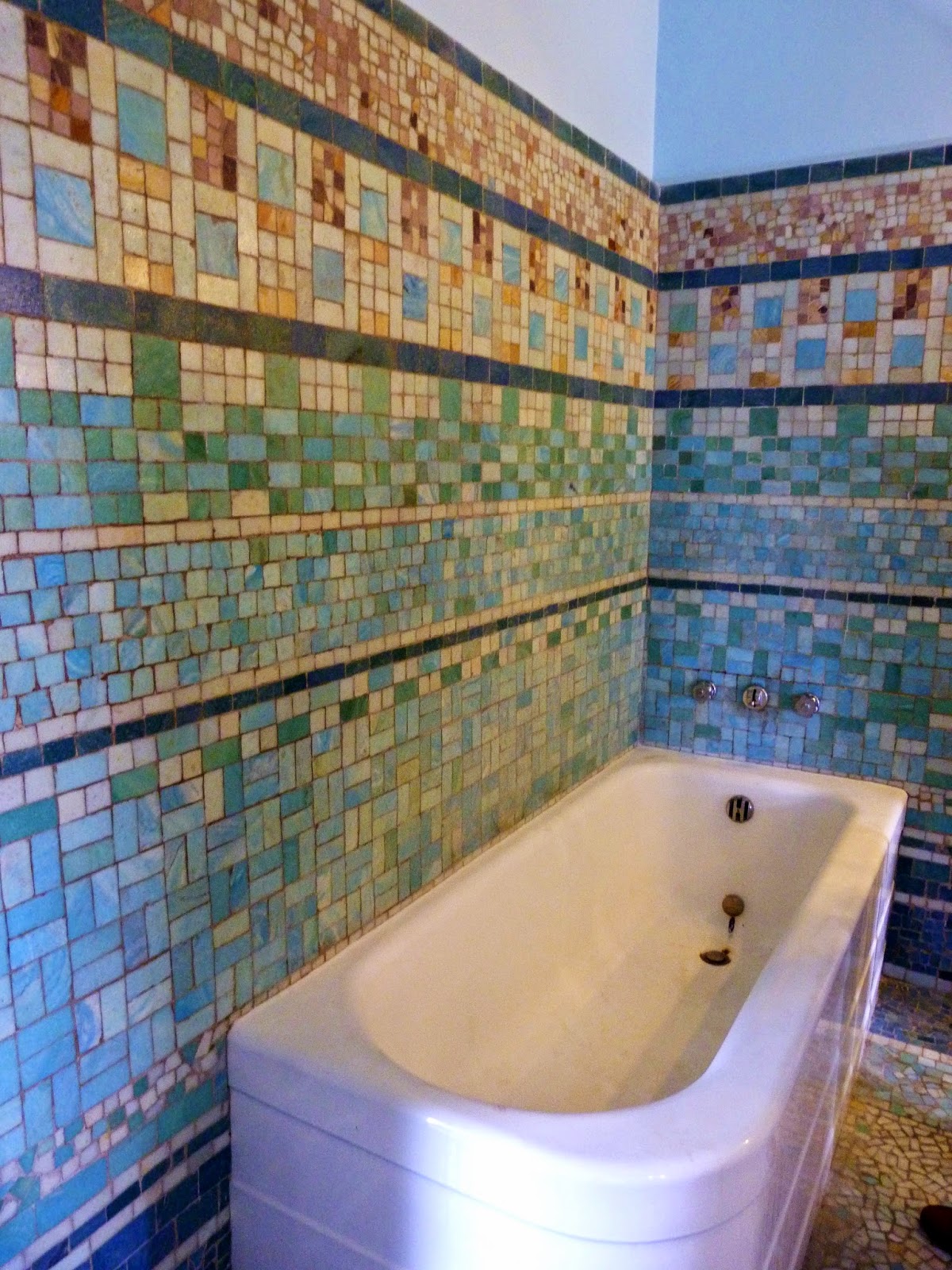 This weekend is the annual JEP weekend [journées européennes du patrimoine] when all sorts of monuments are open to the public. It is a great opportunity to visit places that are in private hands and normally never open to the public. Many places will either reduce or waiver their entrance fee.
Yesterday we went and had a look around Loches' Logis Royal. We know it well, but it has been a while and they have run an exhibition over the summer which we wanted to catch; it closes today. It seems that there's been a "fashion" trend in exhibitions this summer.
Recently we visited the chateau de Langeais which had an exhibit of costumes tracing the changes in fashion from the 1490's to the end of the 1500's. Not to be outdone, and, in our eyes, rather trumping them, Loches' Logis Royal has been exhibiting stunningly sumptuous costumes used in film and opera productions.

Amongst the best we thought were those used in the 1994 film "La reine Margot" which starred Isabelle Adjani as Marguerite de Valois; known as Margot. The film was adapted from the novel of the same name by Alexandre Dumas [best known for the Three Musketeers].
Margot's mother was Catherine de Médicis -- dowager queen and the continuous power behind the throne of each of her sons when they became kings -- one quickly succeeding another. Margot, a Catholic was ruthlessly married off to Henri, King of Navarre, a Protestant who later came to the French throne as Henri IV. All of the events take place in the shadow of the St Bartholomew's Day Massacre of 1572 when France's wars of religion boiled over in a royally sanctioned & orchestrated assassination, led by the Duc de Guise of the leaders of the Huguenot party [Protestants] who had come to court to attend the wedding held some days previously. The knock-on effect of the assassinations was an indiscriminate slaughter of Huguenots in Paris and beyond.
The film did very well at the Cannes Film Festival of 1994 and earned a number of Golden Palms, including one for Isabelle Adjani for best actress.
Posted by Niall & Antoinette at 14:57 3 comments:

Recently we went and visited the chateau of Langeais. We'd never been and the poster below piqued our interest- we particularly liked the 'Lou Reed' style shades. They have extended the exhibition until the end of September. 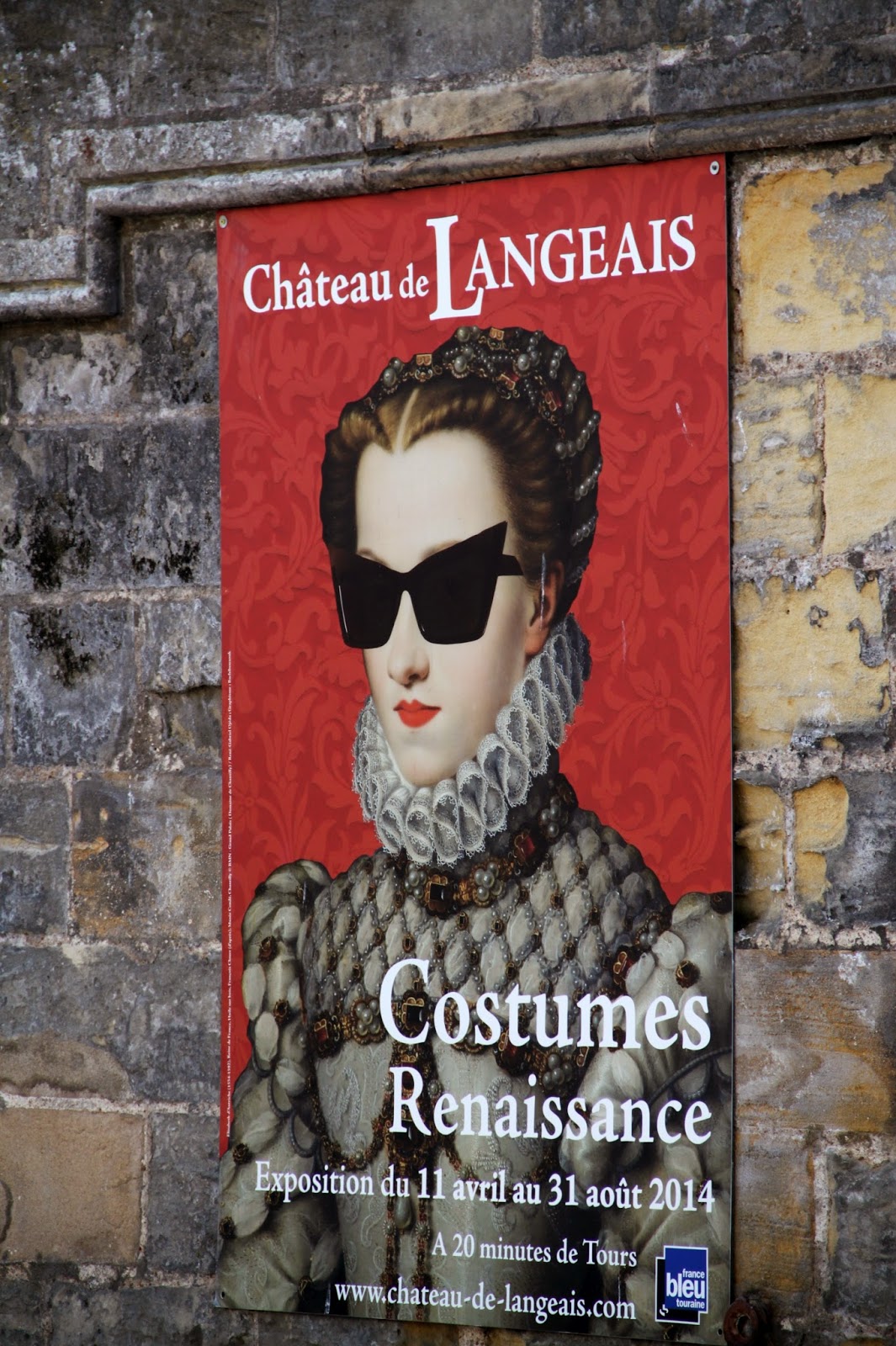 Langeais as we see it today was built in 1465 by Louis XI as royal residence and was never intended to be a defensive, fortified castle despite the appearance of its town-side facade. The facade facing the park is much more Renaissance in style with large windows and no crenellations. There had been a donjon [keep] on the site from the turn of the 11th century, the ruins of which still stand in the park. The original donjon had been built by Foulques Nerra, Count of Anjou as part of his defensive line during his interminable disputes with Eudes 1er, Count of Blois.

In the attics we finally found the costume exhibition. Though not extensive, it was interesting as it portrayed the progression of clothes and changes of style in the 16th century.

Two points to the person** who correctly guesses which costume is the earliest and an additional 2 bonus points for correctly identifying the 'odd one out'. :-) 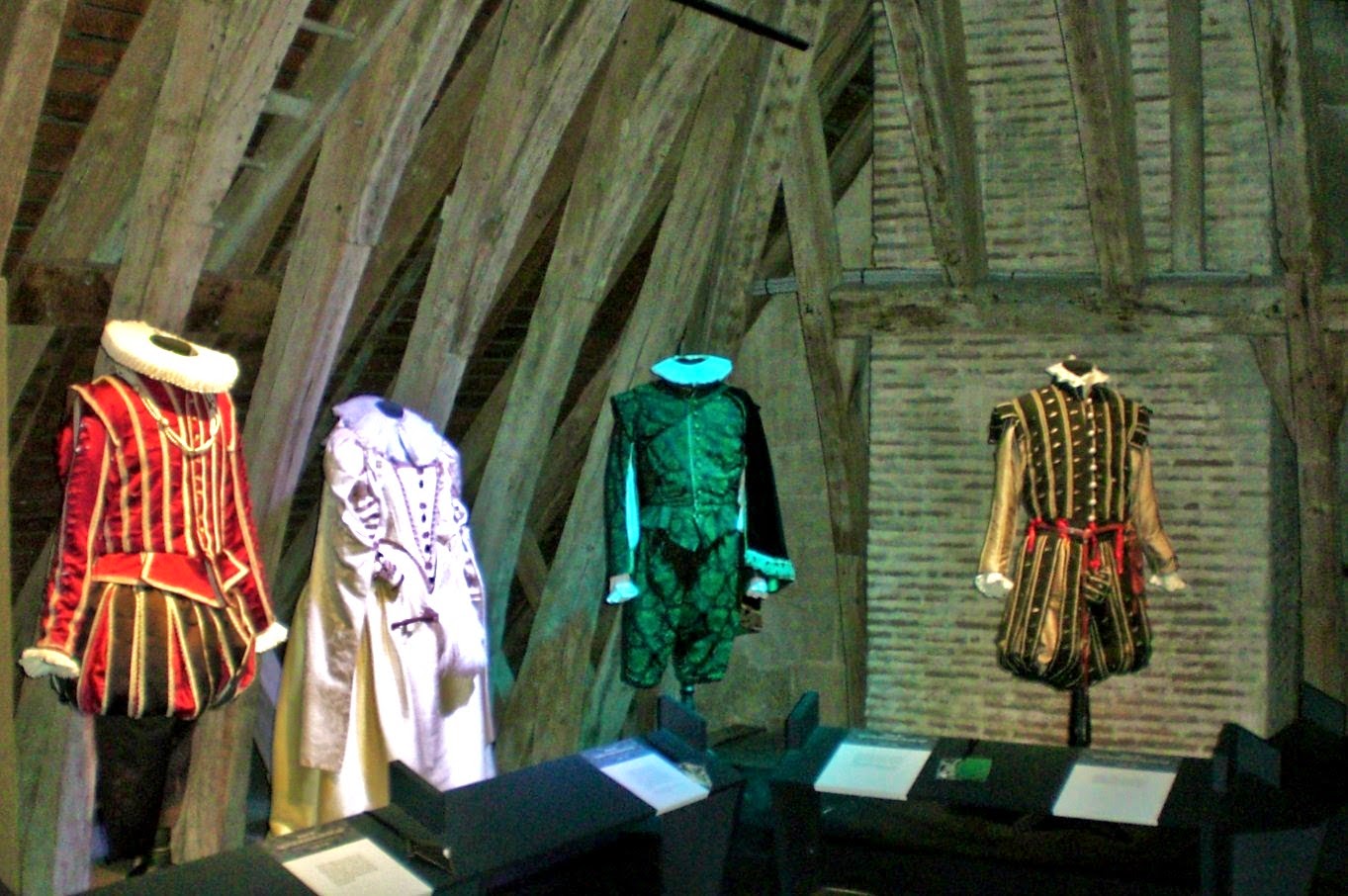 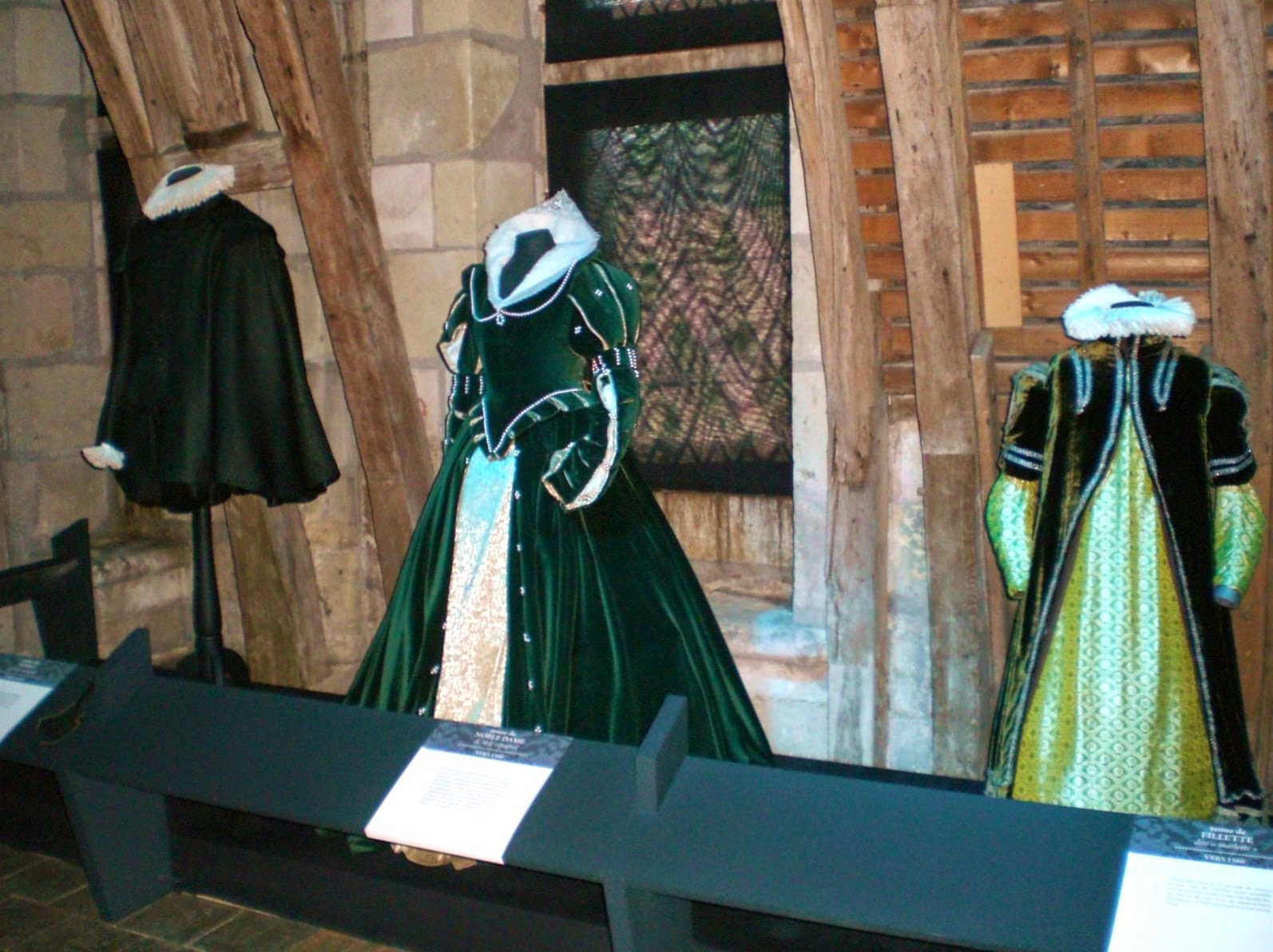 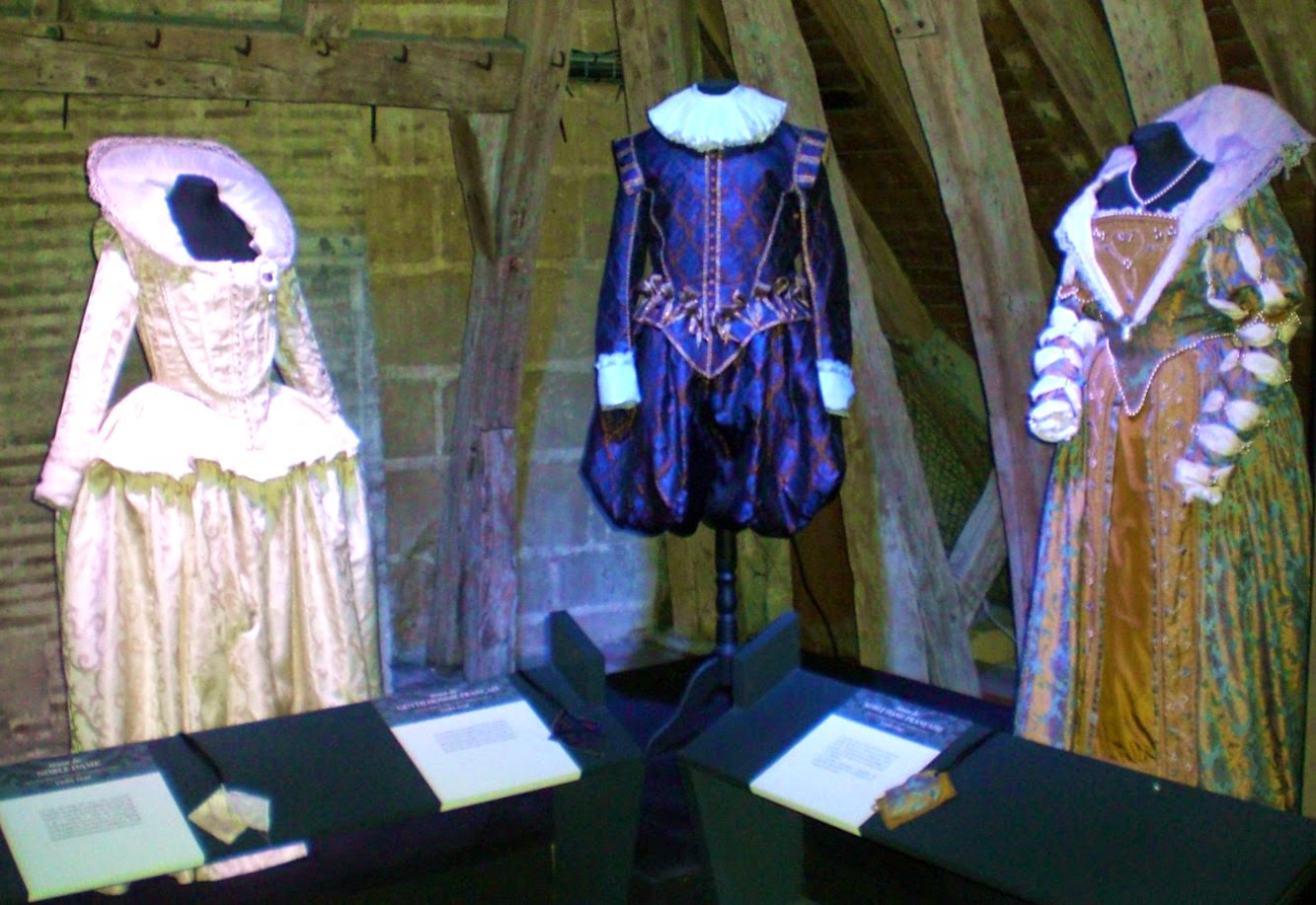 Just to give you some clues here are two photos of the waxwork of the marriage of Anne of Brittany to Charles VIII, which took place in 1491. 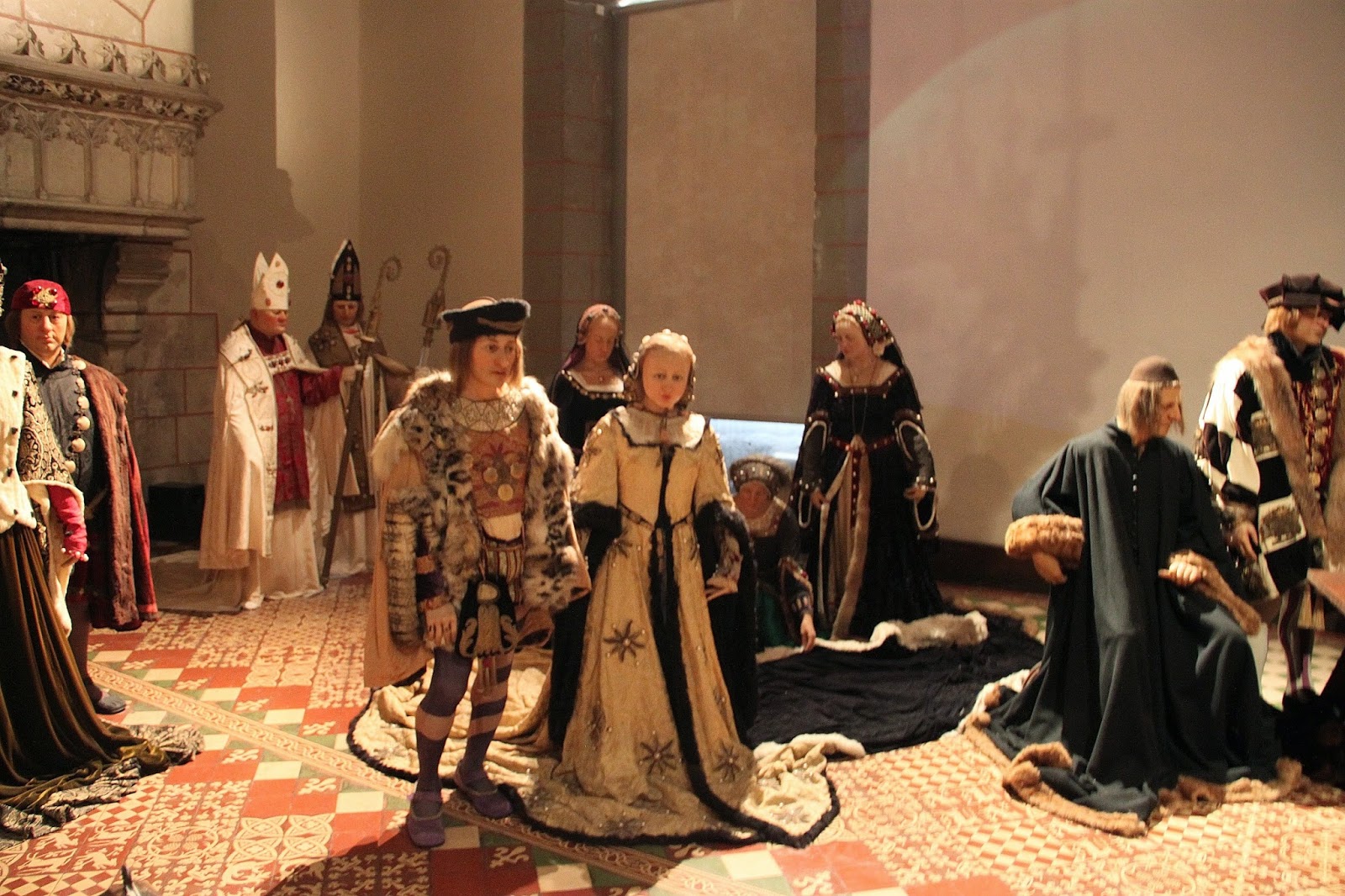 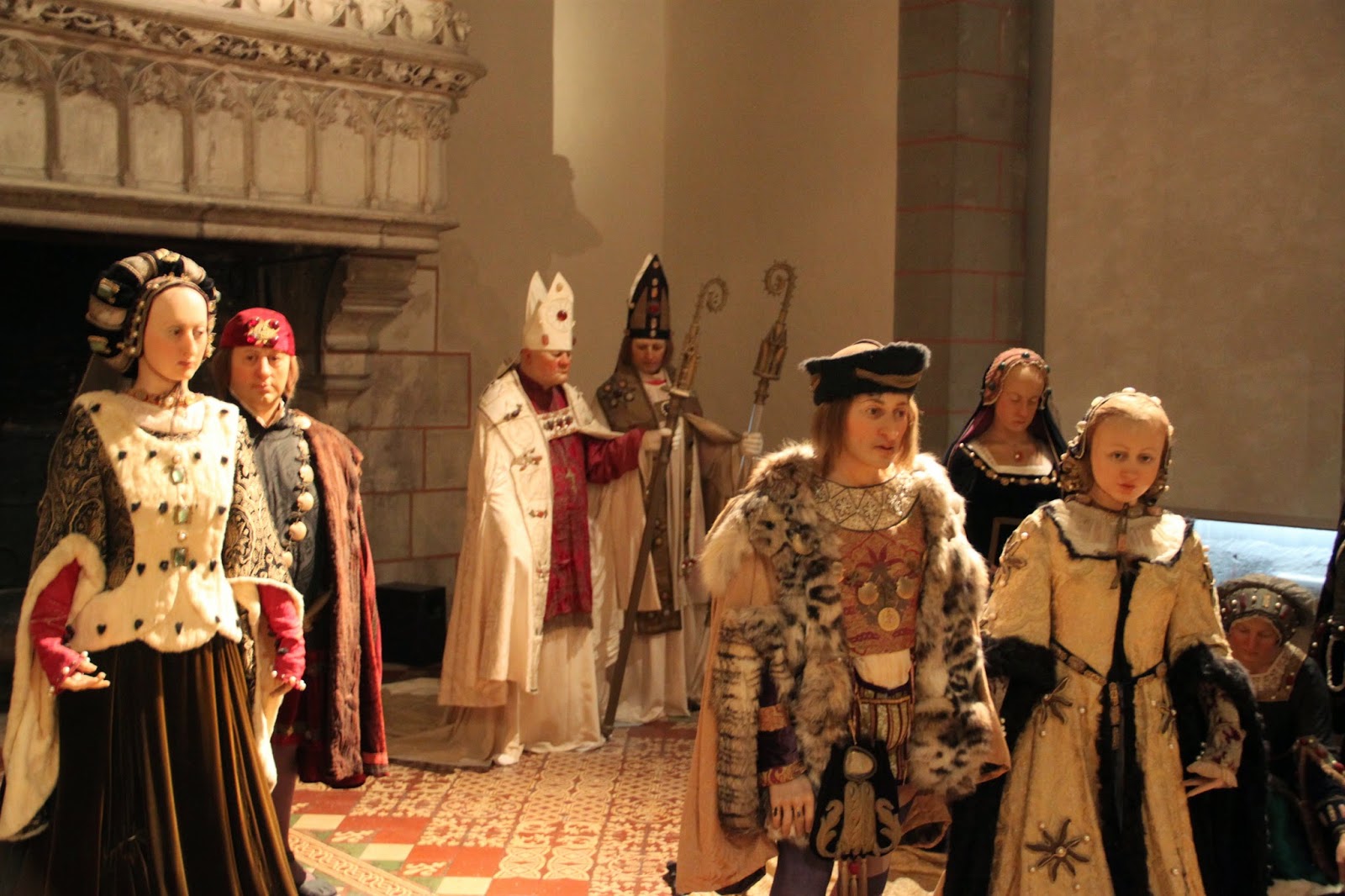 As always you can click on the photos to enlarge them.
Posted by Niall & Antoinette at 13:13 12 comments: