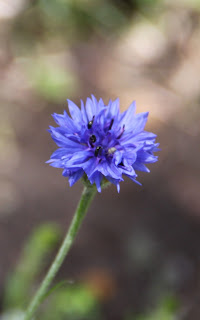 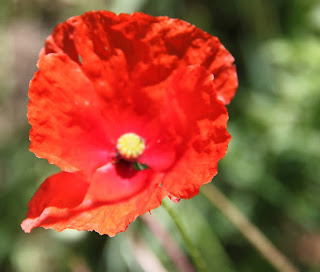 It was a bit more formal in the villages where I lived...flags and a bugle...but the names read out were, as in your village, the names of families still living there.

:Fly - we have 2 flag bearers [both Algerian war veterans I think] but everyone stands around by the commemorative plaque on the mairie wall. The mayor then shoos people around a bit and with no particular ceremony calls for a minute's silence. All then troop downhill informally led by flag bearers to the cemetery where the rest of the commémoration happens. Last year the pompiers took part this year they didn't.

If we had been chez nous this weekend we would certainly have joined in the parade and listened to the speeches in the square behind the church. It was an emotional and memorable event the one time we were able to do it.

Didn't realise it was Remembrance Day until I read your blog. Since we came here to France I have joined the memorial service at our local village cenotaph, and I feel quite upset that the demands of moving and shifting the house around pushed aside my awareness that it was November 11th today. Ah well, I promise myself that I shall remember this day next year!

I love the thought of cornflowers as well as poppies. Just as in the UK, there can have been few, if any, communities untouched by the losses of the two world wars.

This morning I stood on a windy hillside in the far north of Scotland for the wreath laying at the local war memorial. So many names from such a small community and the same names are still everywhere in that community, especially the MacKays. Almost half the men commemorated there were named MacKay.

Very sad to read from Tim's comment about the death in Afghanistan - the lives of another family forever changed.

@Jean - we find it moving as well and attended each year so far.

@Vera - it is one of those classic markers of the village year. This year being on a Sunday and on the 11th it was particularly well attended.

@Perpetua - As you say, in villages it is really all the familiar names which 'punch' the losses home. M. Villaret, our mayor leads the ceremony in front of a monument which lists 4 Villarets killed in WWI.

@Pauline/Tim - so very sad to hear that.
Doubt they ever will....

@Gaynor - thanks.
The children are encouraged to come along and bring posies for their [to them] distant relatives. It helps ensure we do not forget.